Boccondivino represents the model of the “new osteria,” combining the tradition and modernity of Piedmontese cuisine. It was opened in 1984 by the I Tarocchi cooperative and Maria Pagliasso Proglio, who for many years was one of the cornerstones of the restaurant along with Silvio Barbero, Firmino Buttignol and Gigi Piumatti.  Boccondivino, nicknamed Boccone, grew up alongside Slow Food, with whom it shares the same philosophy of good, clean and fair. Since the beginning its cooking has been characterized by the classic dishes of Langhe tradition.

Peel potatoes and boil for 30-40 minutes.

Leave to cool for 10-15 minutes and knead with flour, eggs and a pinch of salt.

The resulting dough should be soft and even.

The potato/flour ratio has to be well calibrated: if too much flour is used, gnocchi will be too firm, if there is too much potato, gnocchi will fall apart in the water.

Shape dough into long “sausages” about a finger thick, cut into 2-centimeter pieces and lay out on a floured tray.

Cook gnocchi in a generous amount of boiling salted water and, as they gradually rise to the surface, remove with a slotted spoon, drain and put in a skillet with the asparagus sauce.

For the asparagus sauce

Wash asparagus and cut off the tough bases of the stalks. Cut off the tips and reserve. Slice the stalks into small disks. Cook these in a little olive oil on a medium heat for 6-7 minutes, then add the tips. Season with salt to taste and go on cooking for another 3 minutes to soften. Serve the Robiola gnocchi with asparagus sauce and a twist of Rimbas black pepper. 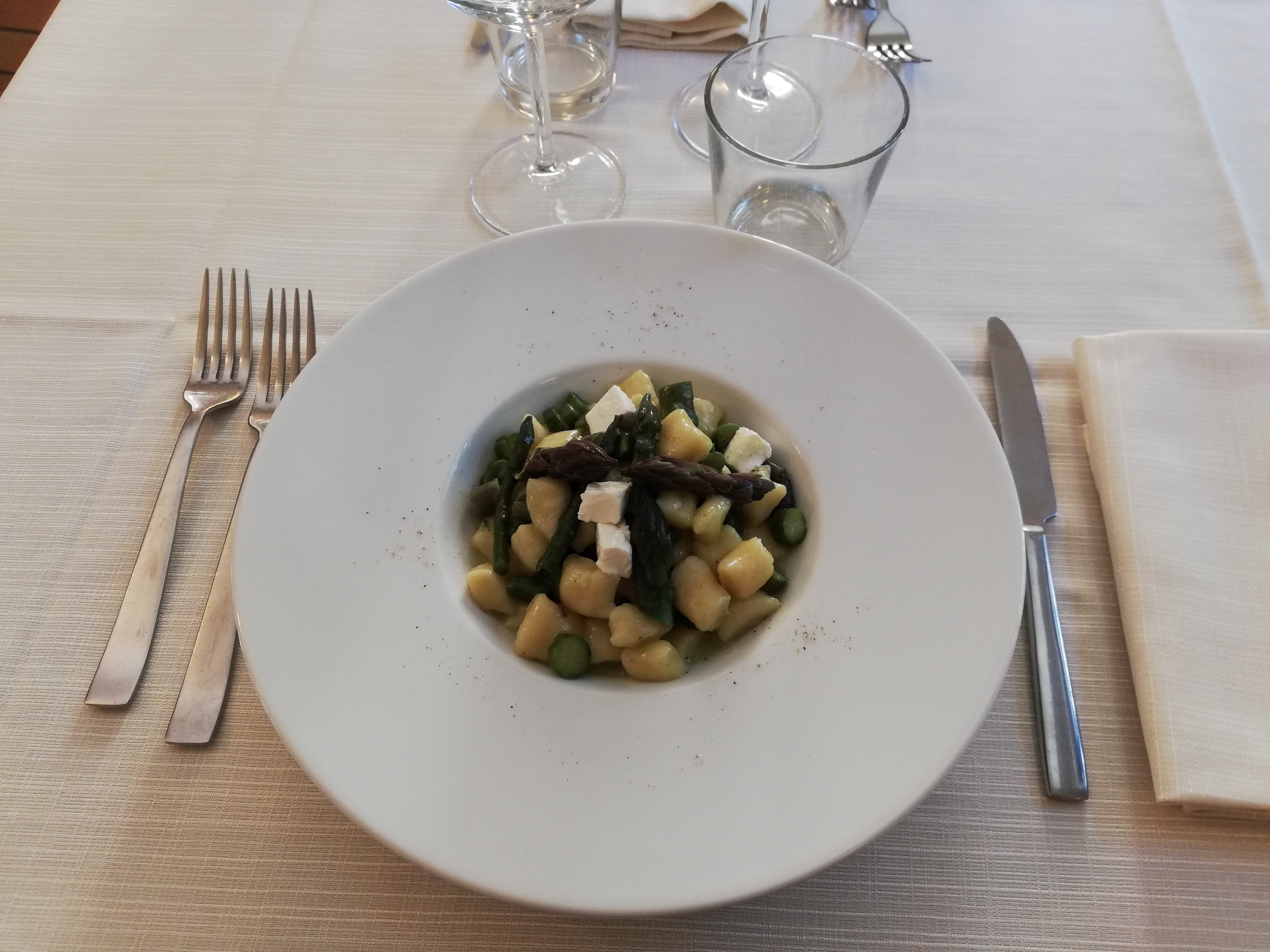