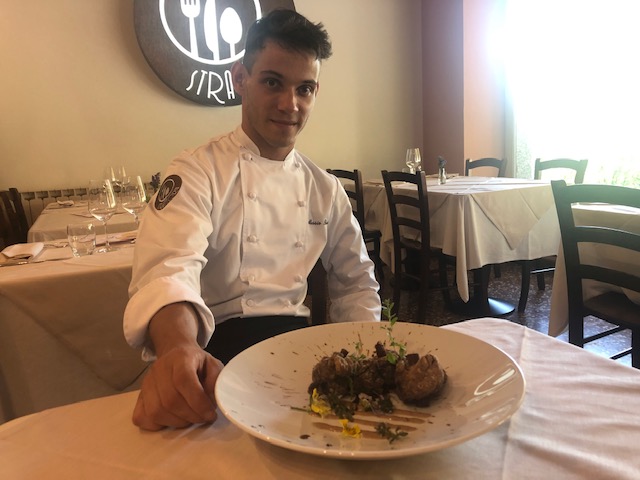 Strattoria was started out of a desire to offer cooking that prioritizes products selected from the farms and food artisans working in the local area, with a focus always on exalting the quality of the ingredients. Piedmontese culinary tradition guides the Strattoria kitchen, which aims to add value to the work of the small-scale producers who supply the restaurant every day.

Clean sweetbreads by blanching in boiling water for 4-5 minutes and removing blood and membranes with a pair of pincers. Leave to cool.

To prepare cinnamon cream, bring milk and cinnamon to the boil. Blend roux with egg yolk and, away from the heat, fold into cinnamon-flavored milk.

Whisk thoroughly to a cinnamon cream.

Add a pinch of salt and liquidize to the consistency desired.

To prepare sweetbreads, coat with flour and add cinnamon stick.

Fry in a little peanut oil for 3-4 minutes until golden.

Plate sweetbreads on cinnamon cream and sprinkle with drops of black garlic sauce. 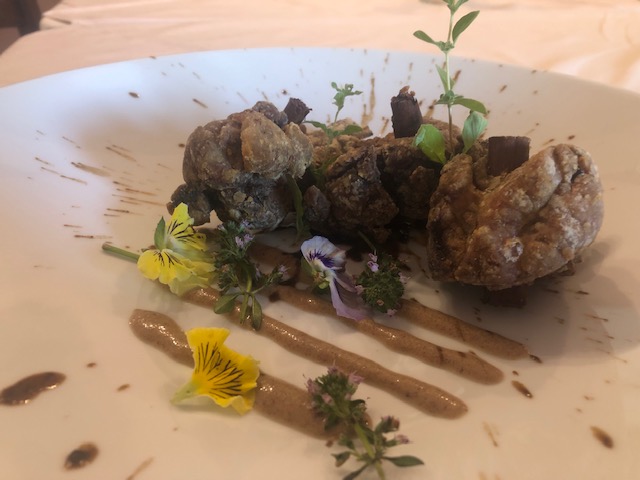