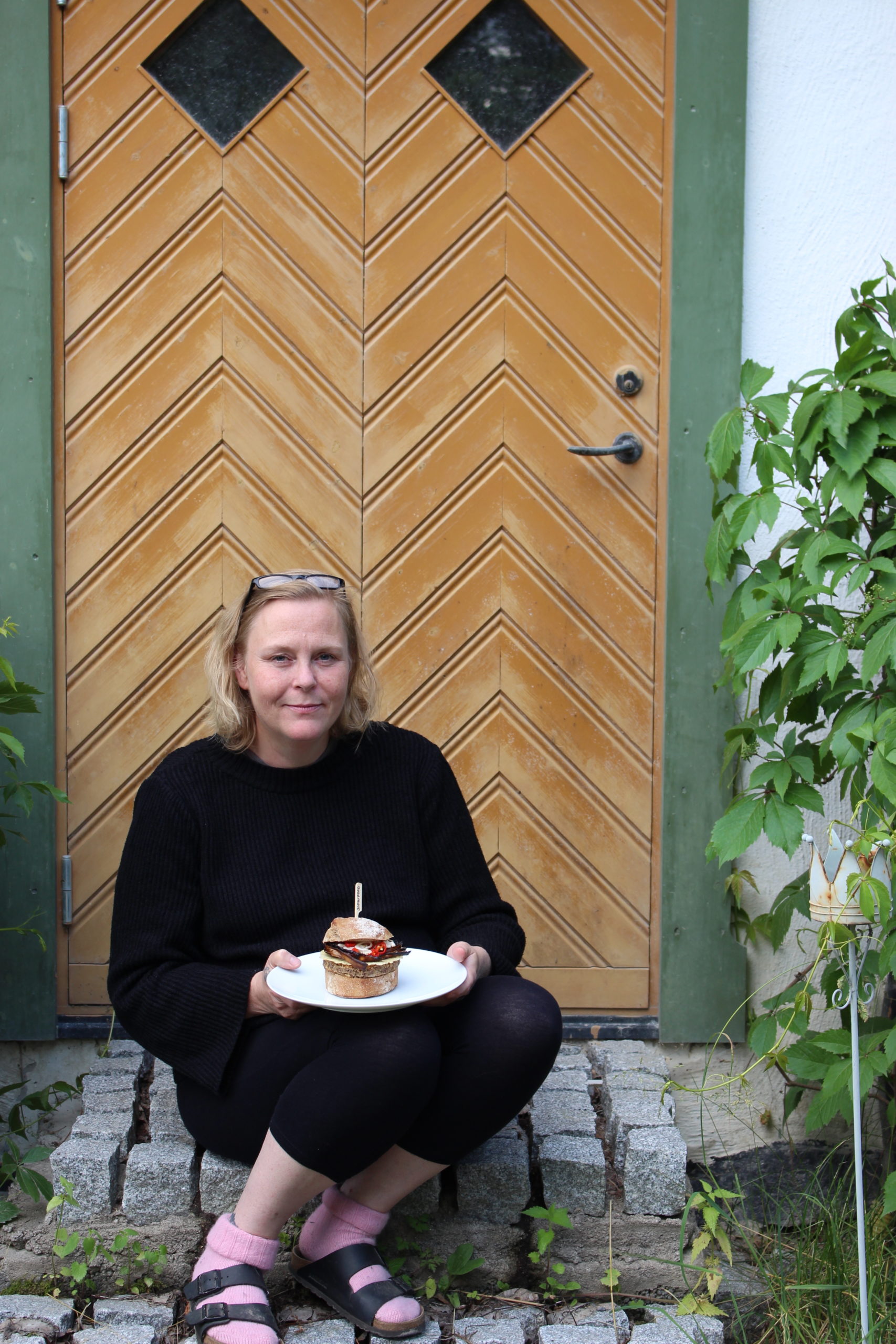 Rebecca is an everyday artist and food innovator from Stockholm who constantly reinvents her cooking through compromises between her home garden, four children with contrasting taste buds among themselves, and the very rare visits to the supermarket. She grew up with a travelling mother who would create dishes from all four corners of Europe in the weekends, but teenager Rebecca would take over the kitchen during the weekdays! As a child she’d turn her baby carriage into a small seedbed, and ever since plants have received attentive care. Today most of her garden is filled with a large variety of landraces, a contribution to keep the food plant diversity up and running. Inspired and supported by organizations such as Sesam and Kålrotsakademien she finds great joy in the remarkable taste spectrum that is possible to in only one kind of vegetable species! In her house the creative flow has taken the shape of many unexpected specialties, such as a béarnaise sauce made from sweep potatoes and an onion pie made entirely on the grill. For the Food is Culture contest she decided to give a unifying outlook on the traditional Swedish dish “Fläsk med bruna bönor” (pork with brown beans) by serving it in the shape of a hamburger with potato bread!

Get´s around to 6-8 burgers with bread, depending shape and weight.

Start by grinding beans with the seasoning, finely chop onions and garlic and fry them golden, while frying add the vinegar and a pinch of salt. Then mix the eggs and breadcrumbs with the ground beans, as well as the fried onions

Moisten your hands with water, scale the”balls” to about 100gr, then shape them into flat round “burgers” fry on medium heat on both sides, they should be fine golden and get an inner temperature of about 90-93 degrees

Mix everything except potatoes, by hand so about 15-20min, with machine about 10min. Peel the potatoes and mash it, mix in a little at a time so it is evenly distributed. Then leave the dough in the bowl with kitchen towel for 1h on the bench. Then change to a box with a lid. Now during the following 1h, the dough should be folded at least 3ggr.

Depending on how warm it is in the room you bake in, the dough should stand with the box and lid of 1-4h so the dough starts to bubble. Then put the box in the fridge during the night. Put oven on 230 degrees hot air, with an upside-down plate, and an empty plate stack at the bottom (if you do not have steam function) Allow the temperature to clear at least 30 minutes before you start baking.

This dough is very loose, so I myself formed whit baking paper (half on the diagonal) 6 round shapes, which I brushed with oil and sprinkled with flour. Put the molds on a plate, weighed up the dough (around 100gr)and shaped with moist hands the dough into balls and put in the mold, they powder with flour.

Put the mold on the hot mold, poured into about 2dl of cold water in the bowl for steaming and baked the bread until they came up in 97 degrees. It took about 25 minutes in my oven.

Start by rinsing chili and fine cut into thin rings. Peal the onion,and cut with mandolin on the thinnest setting. Measure water, vinegar and sugar and boil it up. Pull away from the plate and put in onions and chili, allow it to cool before pouring on can with lid.

Draw up rings on the bakingpaper, the same size as the, distribute the cheese even.
Bake for golden colour around 4-5minutes.

Prune the Point cabbage, then cut into about 1cm slices, place on a grill-safe plate with rapeseed oil. Turn around the slices and salt. Light the grill and let it reach a temperature of about 230-240 degrees. Place the plate on indirect grilling. Turn around after about 5min both plates and the slices. They should get a nice color and be “al dente”

On the last picture, is me sitting in front of our home. Me Rebecca Saari a homecook sitting whit my contribution to the foodcontest, and it’s shows very much how uncomfortable I am with the camera. That by the way is taken by my oldest daughter Ebba. Everybody in our family has tried the beanburger and different parts of it. Specially the first one.

My first idea to this contribution was to do a very Swedish dish, called brown beans with pork and potatoes, but the goatcheese didn´t match it. But that I´m very glad over..