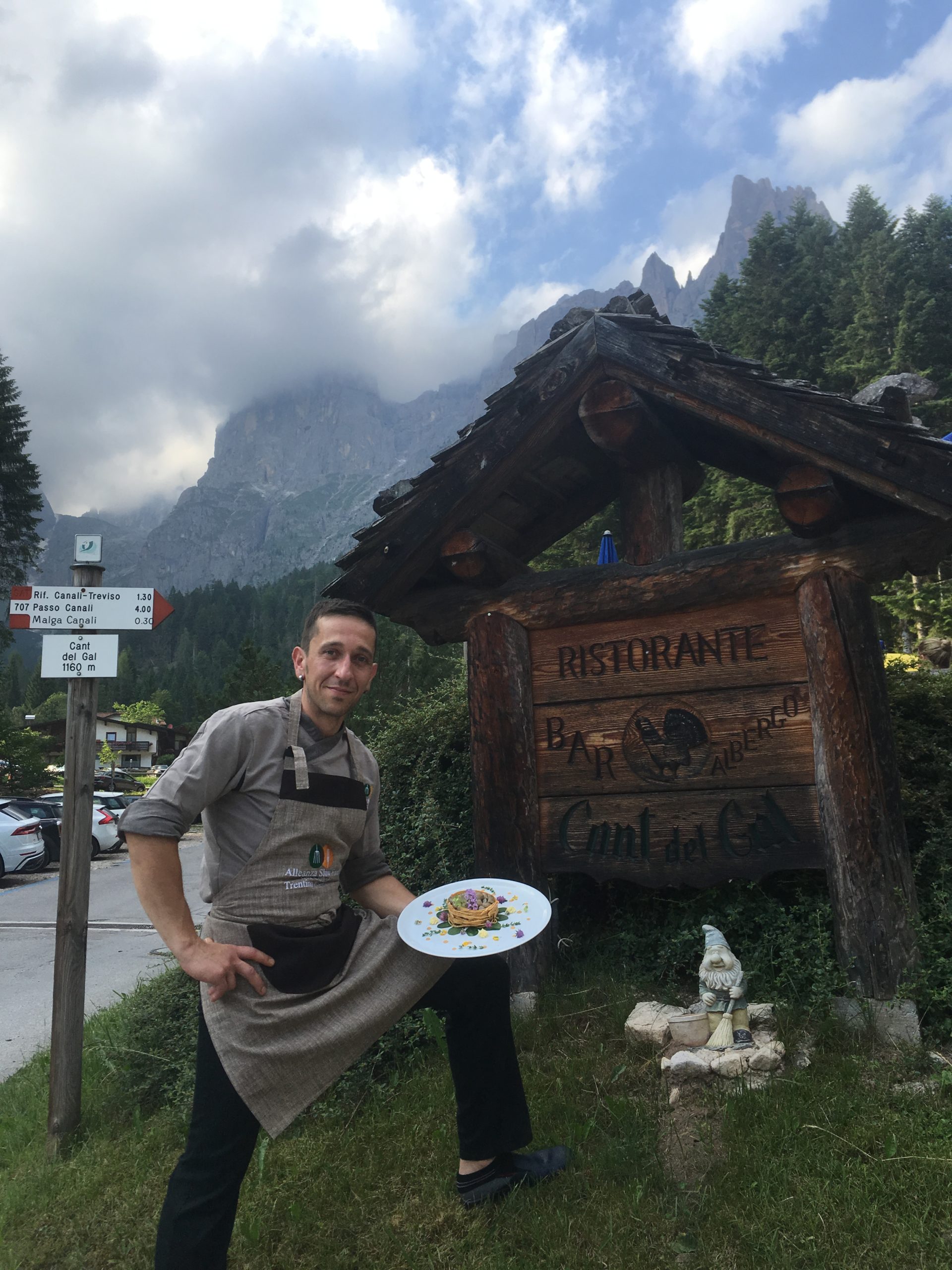 Founded in 1951, this restaurant was initially a destination for the climbing enthusiasts, alpinists and tourists who would flock to the Dolomites. In 2001, Nicola Cemin and his wife took on the legacy of the historic location, where chefs Marco Salvadori and Simone Bonat now offer local, traditional cooking. They are very concerned with tracking down the highest-quality ingredients, and use several Slow Food Presidia from around Trentino. In the kitchen, they take historic recipes and reinterpret them in a modern key—without making too many changes—and manage to capture their authentic essence.

Knead ingredients to form a smooth dough and shape into either gnocchetti or quenelles.

Once cooked, dress with mountain butter smoked with  mountain pine.

For the Dorotea maize tagliolini

Blend the plain flour with the Dorotea maize flour, add the eggs and knead to a dough.

Leave to rest for an hour, then roll out and cut into  tagliolini.

Shape into a nest or small cannoli, as desired.

Soften mountain butter to make it easier to work.

Smoke butter with mountain pine needles and chop the pin shoots to add to butter later.

Using a sac à poche, create flakes of butter to the size desired.

For the creamed Gialet beans, boil beans in water.

Using a sac à poche, decorate the dish with resulting cream (which should not be too thick in texture). 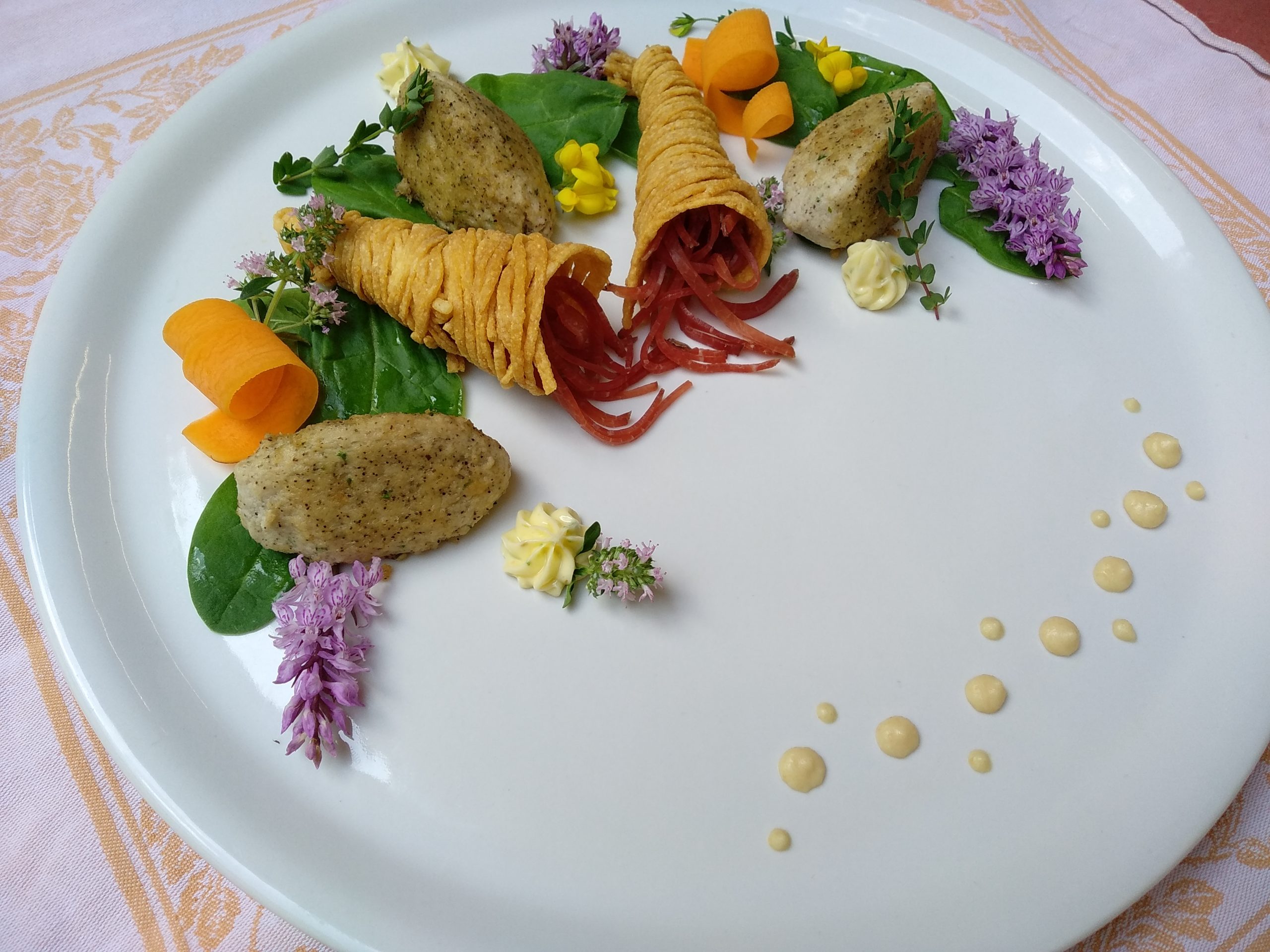